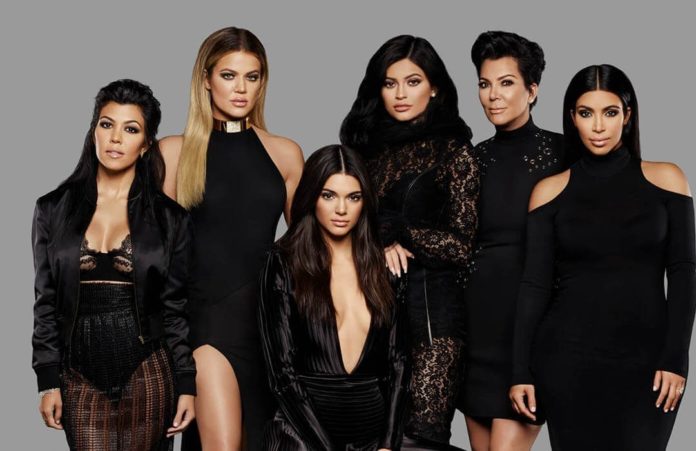 Since the dawn of time, literally the only good thing about Sunday nights has been distracting oneself from the inevitability of Monday with an episode of Keeping Up with the Kardashians. But it looks like the show is abandoning tradition and moving to a new day of the week.

E! announced that Keeping Up with the Kardashians’ 18th season will kick off Thursday nights instead of Sundays, with the season premiere set to go down on March 26 at 8:00 p.m. ET.

We also got our very first look at the season courtesy of the most! dramatic! trailer! ever!, where we literally see Kourtney and Kim get into what appears to be…like…a fist fight? In the clip, Kourtney yells “you have nothing to say?!” at Kim before throwing a boxed water at her (hey, at least they’re staying away from single-use plastic!), and Kim shoots back “Don’t ever come at me like that” before pretty much attacking her. Truly, scared!

Elsewhere in the trailer, we see Khloé and Kourtney get into it, with KoKo accusing her sister of having an “an attitude” and Kourtney responding “Just don’t involve yourself in business that is not yours.”

Wow, WHERE IS KRIS JENNER WHEN YOU NEED HER, this family is falling apart in front of our eyes.

‘Puppies For Sale?’ Consider Adoption Instead

11 Old Children’ Toys That You Can Use As Dog Toys

Earth Hour: 4 Things To Do With Your Dog While The...

5 Dog Breeds With Webbed Feet-And Why They Have Them!

U.S. vs. Huawei: Is future of the internet at stake?

The benefits and advantages of eating healthy foods

SIX FLAGS STILL CHARGING PASS HOLDERS … But Only If They...

The Mystery Of The Lost Phantom Cosmonauts

February 26, 2020
We use cookies to ensure that we give you the best experience on our website. If you continue to use this site we will assume that you are happy with it.OkPrivacy policy