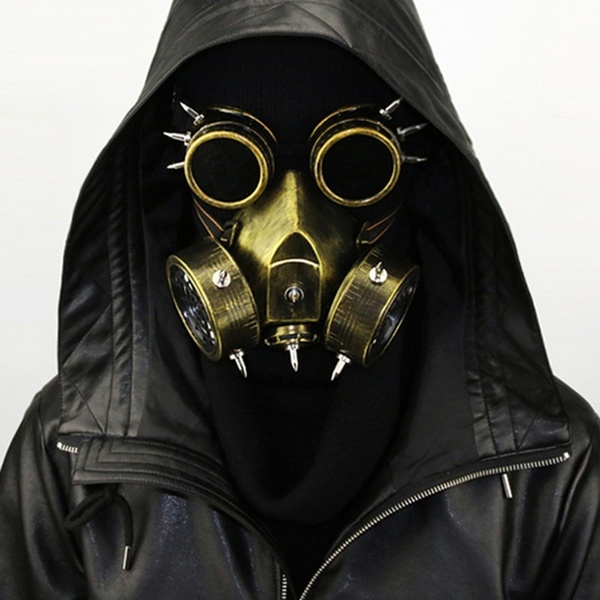 There is little doubt that this article is the strangest one I have ever written. With that said, let’s get to the story, which is just about as bizarre as the title! The leading figure in the field of Cryptozoology is Loren Coleman, whose involvement in the subject of creature-seeking dates back decades. Loren is the author of such books as Bigfoot! and, with Mark A. Hall, True Giants. Also, he runs the International Cryptozoology Museum, which is based in Portland, Maine. In the early years of the 1970s, Loren spent a considerable amount of time digging into the mystery and controversy surrounding the Mad Gasser of Mattoon, as well as other, similar strange entities.

Back in the 1940s, the people of Mattoon, Illinois were plagued by a sinister character that became known as the Mad Gasser of Mattoon. The name was a very apt one: the mysterious figure gassed his victims (mainly women), as a means to gain entry to their property. His actions followed a similar wave of attacks – in the 1930s – in Botetourt County, Virginia. But, today at least, let’s focus on the later events. On the night of August 31, 1944, a man named Urban Raef was overcome by a mysterious gas that provoked sickness, weakness, and vomiting. Despite Mr. Raef’s fear that there was a gas leak in the house, such was not the case. Rafe’s wife – to her horror – found herself briefly paralyzed. Also among the Gasser’s victims, was Mrs. Bert Kearney, who lived in Mattoon, too. On the night of September 1, 1944, Mrs. Kearney was hit by what was described as a “sickening, sweet odor in the bedroom.” As was the case with Mrs. Raef, the “gas” caused temporary paralysis in her legs. It also resulted in a burning sensation to her lips, and a parched feeling in her mouth.

Mrs. Kearney cried out for her sister, whose name was Martha and who came running to see what was going on. She too was unable to avoid the powerful smell. In no time, the police were on the scene, but the Mad Gasser was nowhere to be seen. At least, not for a while. As Bert Kearney drove home – after his shift as a cab-driver was over – he caught sight of a darkly-dressed man peering through the window of the Kearney’s bedroom. It was a thin man wearing a tight, dark cap on his head. He quickly fled the scene. In the wake of the curious affair, other reports of the Mad Gasser’s infernal activities surfaced – to the extent that both the local police and the FBI got involved.

The townsfolk were plunged into states of fear and paranoia. While some cases were put down to nothing more than hysteria, that was not the  end of the story. For example, Thomas V. Wright, the Commissioner of Public Health, said: “There is no doubt that a gas maniac exists and has made a number of attacks. But many of the reported attacks are nothing more than hysteria. Fear of the gas man is entirely out of proportion to the menace of the relatively harmless gas he is spraying. The whole town is sick with hysteria.”  The mystery was never resolved to the satisfaction of everyone. Writer Scott Maruna suggests that the Gasser was a University of Illinois student, Farley Llewellyn, who had a deep knowledge of chemistry and who went to school with the initial victims. Other theories include burglars and even extraterrestrials.

Now, we come to an equally unusual character: the aforementioned Enema Bandit. In reality, he was a man with a far less bizarre real name: Michael Hubert Kenyon. The Bandit, in Loren’s own words, “targeted coeds, picking out the most overweight of two or three bound women, and gave them enemas.” As Loren dug further into the activities of this character, he found that the Bandit had targeted women in California, Kansas, Illinois, and Oklahoma. Loren explained to me his reasons for looking into the matter: “At the time, as I often do, I was writing individual letters to many newspapers in the country, trying to track down what they had published on what I thought was a very human criminal. The pattern of similar activities that were directed to mainly women victims interested me in terms of the configuration of the Mad Gasser attacks. I wanted to make certain that any bizarre human examples that seemed to follow the random model of the Gasser be compared.”

It was at the height of Loren’s investigations that…something very strange happened. At the time, Loren and his then-wife, Toni-Marie, were living in Eldorado. Late one night, there was a knock on the door of their apartment. Loren tells the story that gets stranger and stranger: “A darkly suited, very thin man who said he was with the Decatur Police Department stepped into my life. He identified himself as Detective Lieutenant Applegate. I don’t recall seeing an I.D., as those were much more trusting days. He said he was checking to see if I was the Enema Bandit, and why I was digging into this story. He said I should stop researching this series of cases. It was a startling encounter. He justified this by noting that since the Enema Bandit appeared to like media attention – he did not say how he knew this – I was targeting myself with all my letters asking for articles on the Enema Bandit. It seemed to make sense at the time.”

Things turned really strange when, just a couple of days later, Loren put a call into the Decatur Police Department – only to find they didn’t have a Detective Lieutenant Applegate. Loren says that, on hearing this news, he became to wonder who, exactly, “Applegate might really have been.” It got even more chilling, as Loren reveals: “Years later, in doing more work on names, I discovered that ‘Applegate’ was another name for the Devil in some literature. It was a very spooky encounter.” As for Michael Hubert Kenyon, in December 1975 he was sent down for six years for armed robbery. Loren never again heard from Detective Lieutenant Applegate – whose late-night appearance, thin form, dark suit, and  warnings made to Loren, made him the absolute, definitive Man in Black.

Coronavirus & Pets: A Vet Tells Us What Pet Parents Should...

LAMELO, LONZO AND GELO BALL WE’RE SIGNING TO THE ROC!!!

Take Your Dog To Work Day: Guidelines & Alternative Ways To...

5 Things Every Puppy Parent Should Have To Clean Up Messes