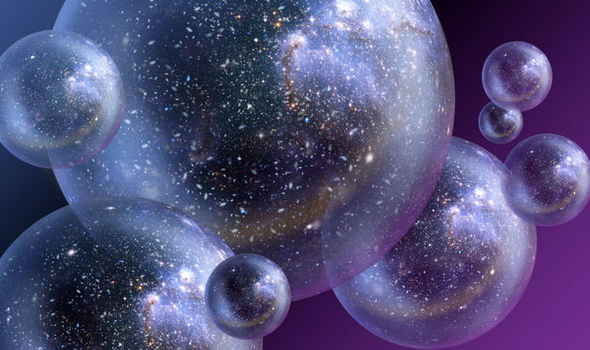 “The Bubble Boy” is a classic episode of the sitcom “Seinfeld” which centered on a boy living in a bubble that protected him from germs but not George Costanza. The sci-fi show “Under the Dome” put an entire city in a bubble, while Freeman Dyson’s Dyson Sphere theoretically enclosed a star inside a round container. While those ‘bubbles’ exist or are conceivable, a Swiss physicist has proposed that the Milky Way galaxy and a thousand or so galaxies around it are in a giant bubble that is protecting us from supernovae and miscalculations in the rate of the expansion of the universe. Is there really a multi-galactic bubble or is this Swiss scientist missing a few blades in his mental Army knife?

“A significant tension has become manifest between the current expansion rate of our Universe measured from the cosmic microwave background by the Planck satellite and from local distance probes, which has prompted for interpretations of that as evidence of new physics.”

Lucas Lombriser, a professor in the Theoretical Physics Department at the University of Geneva, is the author of “Consistency of the local Hubble constant with the cosmic microwave background,” a paper published in the journal Physics Letters B (and summarized in a press release), where he brings to light “tension” in the theoretical physics world caused by conflicting measurements of the expansion of the universe since the Big Bang. Specifically, the so-called “Hubble constant” — which is used to determine distances in a universe where galaxies move faster the farther away the get from a point in space – isn’t so ‘constant’ anymore.

“If we were in a kind of gigantic ‘bubble,’ where the density of matter was significantly lower than the known density for the entire universe, it would have consequences on the distances of supernovae and, ultimately, on determining H0.”

Rather than solve the problem, Lombriser fixes the numbers by introducing a giant bubble or ‘Hubble bubble’ with a diameter of 250 million light years that holds 1,000 galaxies, including our own, and has a lower density of matter than the rest of the universe. If the density of matter inside the Hubble bubble was 50% lower than for the rest of the universe, a new value would be obtained for the Hubble constant which would agree with the one obtained using the cosmic microwave background.

Is the Hubble bubble a physical boundary? Is it really round?

So, it seems Lombriser’s Hubble bubble isn’t really a physical structure as much as it’s just a defined area with a lower density than the surrounding rest of the universe. It conveniently fixes the existence of two or more Hubble constants by using two sets of numbers to avoid conflicting answers. This still sounds like he’s massaging the numbers to make them fit the answer rather than finding the cause of the differences in universe expansion speeds, but that could be due to the fact that understanding and explaining life, the universe and everything is a bit beyond this writer’s pay grade.

Did Lombriser fix a problem using a theoretical tool that’s one corkscrew shy of a Swiss Army knife?

“The probability that there is such a fluctuation on this scale is 1 in 20 to 1 in 5, which means that it is not a theoretician’s fantasy. There are a lot of regions like ours in the vast universe.”

Are there? If the universe suddenly stops expanding, we know who to blame.

25 MORE Cute Mama Dogs And Their Puppies For Mother’s Day...

Everything You Need to Know About the “75 Hard Challenge” Trending...

5 Items To Keep Your Dog Busy While You’re On Conference...

Using Hydrogen Peroxide To Clean Ears: Is It Good For Your...

May 9, 2020
We use cookies to ensure that we give you the best experience on our website. If you continue to use this site we will assume that you are happy with it.OkPrivacy policy