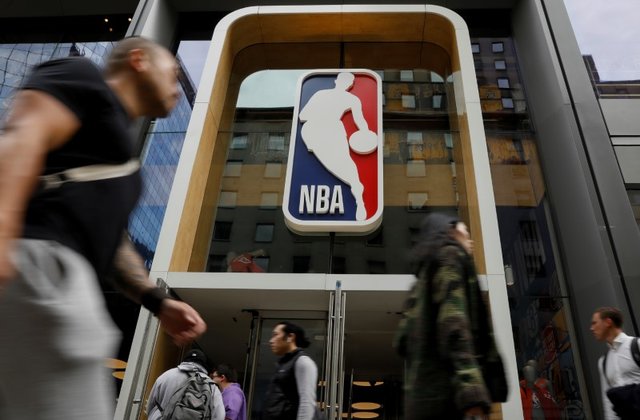 On Thursday, the NBA Board of Governors approved a plan to resume games with 22 teams returning to play on July 31 at Disney’s ESPN Wide World of Sports Complex in Orlando, Fla. The selected teams are set to play eight regular-season games before entering a full four-round playoff bracket.

“The Board’s approval of the restart format is a necessary step toward resuming the NBA season,” NBA Commissioner Adam Silver said. “While the COVID-19 pandemic presents formidable challenges, we are hopeful of finishing the season in a safe and responsible manner based on strict protocols now being finalized with public health officials and medical experts. We also recognize that as we prepare to resume play, our society is reeling from recent tragedies of racial violence and injustice, and we will continue to work closely with our teams and players to use our collective resources and influence to address these issues in very real and concrete ways.”

The league posted an official statement to Twitter today from NBA Chief Communications Officer Mike Bass. “The NBA, in conjunction with the National Basketball Players Association, is engaged in exploratory conversations with The Walt Disney Company about restarting the 2019-20 NBA season in late July at Disney’s ESPN Wide World of Sports Complex in Florida as a single site for an NBA campus for games, practices, and housing,” the statement read.

“Our priority continues to be the health and safety of all involved,” the statement continued. “We are working with public health experts and government officials on a comprehensive set of guidelines to ensure that appropriate medical protocols and protections are in place.”

The idea of officially canceling the season has been met with mixed feedback.

Some players, industry insiders, and fans feel it is best to cancel the season, whereas some players are eager to get back on the court.

In a recent report by CNBC, some team executives and agents expressed interest in taking the entire season off in order to focus on getting better health precautions for the following year of play. And as much as the conversation is surrounding the safety of players, much of it comes down to the billions of dollars at stake.

But many players were upset with the report, especially league leader LeBron James

“SAW SOME REPORTS ABOUT EXECS AND AGENTS WANTING TO CANCEL SEASON???” JAMES SAID ON TWITTER. “THAT’S ABSOLUTELY NOT TRUE. NOBODY I KNOW SAYING ANYTHING LIKE THAT. AS SOON AS IT’S SAFE WE WOULD LIKE TO FINISH OUR SEASON. I’M READY AND OUR TEAM IS READY. NOBODY SHOULD BE CANCELING ANYTHING.”

Saw some reports about execs and agents wanting to cancel season??? That’s absolutely not true. Nobody I know saying anything like that. As soon as it’s safe we would like to finish our season. I’m ready and our team is ready. Nobody should be canceling anything. 👑

But in an interview with The New York Times in late April, Dr. Anthony Fauci, Director of the National Institute of Allergy and Infectious Diseases, didn’t seem too confident.

“If you can’t guarantee safety,” Fauci told the paper. “Then, unfortunately, you’re going to have to bite the bullet and say, ‘We may have to go without this sport for this season.’”

However, this announcement isn’t the first step towards a return to basketball.

Many NBA teams began reopening their own practice facilities earlier this month.

“Teams will be allowed to make facilities open to players on a voluntary basis for individual work, but larger group workouts will still be prohibited,” ESPN’s Adrian Wojnarowski tweeted when the announcement was made. “In NBA markets that aren’t loosening restrictions, the league plans to work w/ teams on other arrangements for players.”

How To Find A Lost Canine: Suggestions, Warnings, & Steps You...

6 Things You Need When You Go On A Hike With...

Should You Cut Off A Friend Who Has Harmful Beliefs About...

Snapchat Launches ‘Swipe Up To Name’ Ads In The US

Can Dogs Eat Watermelon? Is Watermelon Safe For Dogs?

Can I Give My Dog Tums? Is Tums Safe For Canines?

April 29, 2020
We use cookies to ensure that we give you the best experience on our website. If you continue to use this site we will assume that you are happy with it.OkPrivacy policy