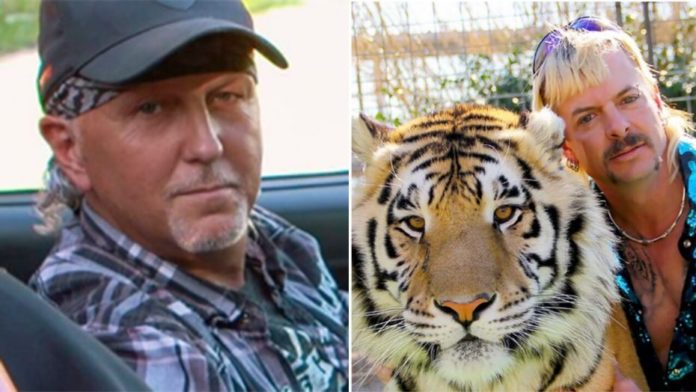 If you enjoyed Tiger King, please turn your attention to Jeff Lowe because apparently, he’s managed to secure himself his very own reality show. The controversial zookeeper tells People that he and his wife, Lauren Lowe, are “now signed for a reality TV show,” which will “divulge a lot more information” about his relationship with Joe Exotic.

“It’ll be our narrative on the Tiger King with evidence to support our sides of the stories,” Jeff said. “And it will be about the transfer of all these beautiful animals from Joe’s facility to the new facility. And then the day-to-day struggle of running something as big as a 60-acre animal park and all the intricacies of the employment of zookeepers and fighting all of the animal rights groups.”

Meanwhile, Lauren hopes to shine a more positive light on the whole roadside zoo thing: “Just showing the animals going from small enclosures to bigger enclosures. We just want to put a brighter light on things because everybody wants to put a horrible light on roadside zoos. Every zoo is off of a road.”

The show is in preproduction right now and filming B-roll, while “all of the big camera filming” will start in a few weeks, barring potential coronavirus restrictions.

As a reminder, Carole Baskin recently won control of Joe Exotic’s zoo as part of a settlement, and Jeff says he’ll be leaving it for her in a state of “complete hell” as he opens his new park in Thackerville, Oklahoma.

Canine Car Illness: Here’s What You Can Do About It

Mother’s Day: 5 Gifts For Moms Who Love Their Dogs

February 23, 2020
We use cookies to ensure that we give you the best experience on our website. If you continue to use this site we will assume that you are happy with it.OkPrivacy policy