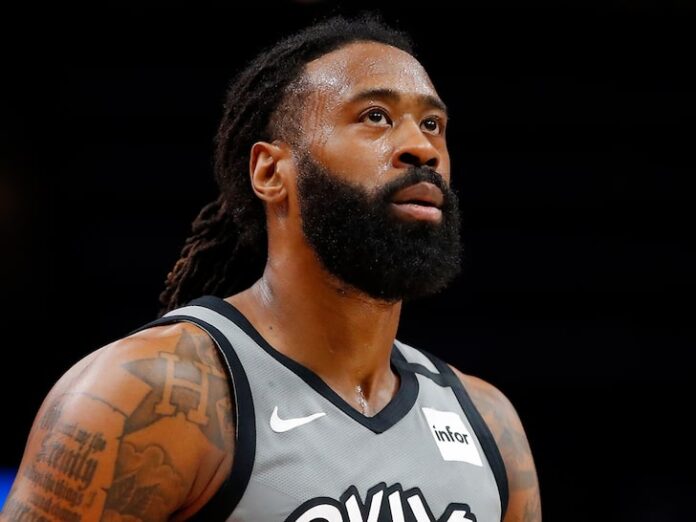 Brooklyn Nets star DeAndre Jordan just revealed he has coronavirus … and says he will NOT be in the Orlando bubble next month for the restart of the NBA season.
The 31-year-old former NBA All-Star made the announcement on social media, writing … “Found out last night and confirmed again today that I’ve tested positive for Covid while being back in market.”
Jordan continued … “As a result of this, I will not be in Orlando for the resumption of the season.”
The Nets are currently in 7th place in the NBA’s Eastern Conference … but will now be without their starting center when the season tips off again in July.
Jordan — who was averaging 8 points and 10 boards a game this season — isn’t the only BK star who recently came down with the virus.
Spencer Dinwiddie announced this week he also tested positive … but says he has not yet decided if he will attempt to rejoin his squad in Florida.
FYI, Kevin Durant also tested positive in March … but has recovered from the virus. KD — ’cause of his Achilles injury last year — is out for the season.
The NBA restart has stirred up a ton of controversy … with players from Kyrie Irving(another Net) and Fred VanVleet openly saying they don’t support hooping again this year.
Still, the season kicks off July 30 — and unfortunately for Brooklyn — the big 7-footer won’t be in the bubble as the Nets fight to remain in the playoffs.

Download VuuzleTV on IOS, Android, Roku, or online at Vuuzle.tv See
tons of channels and thousands of movies all free! Vuuzle is a premium
streaming service that offers live video content such as hit
television shows, news, sports, and feature-length movies

‘Keeping Up with the Kardashians’ Is Moving to a Completely New...

11 Old Children’ Toys That You Can Use As Dog Toys

7 Times Humans Went Above And Beyond To Rescue Dogs From...

How To Teach Your Dog To Greet People Politely At Home

CARDI B & ‘TIGER KING’ HER JOE EXOTIC SUPPORT SHOT DOWN...

April 2, 2020
We use cookies to ensure that we give you the best experience on our website. If you continue to use this site we will assume that you are happy with it.OkPrivacy policy