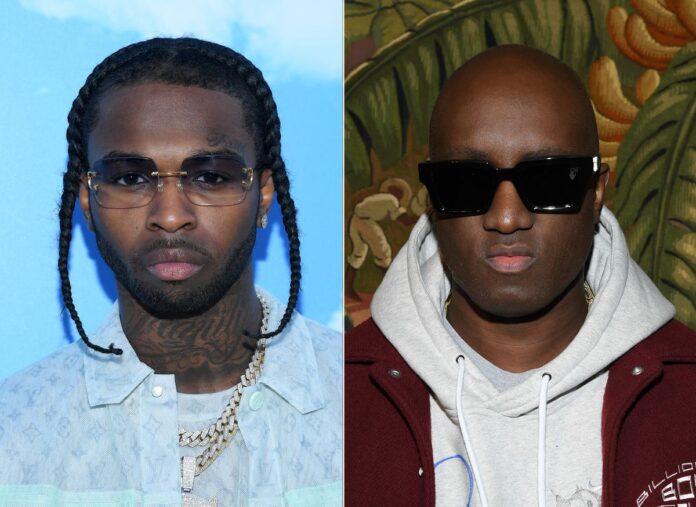 Everybody is excited to dive into the posthumous album by Pop Smoke, which will finally be released at the end of this week. However, not all of the late Brooklyn artist’s fans were pleased with the cover artwork that Virgil Abloh put together for it. In fact, almost nobody was.

Steven Victor, Pop Smoke’s manager, has announced that the controversial artwork will be changed before the release. Virgil, the head designer for Louis Vuitton and the creator of Off-White, initially explained his inspiration behind the design before people started trashing it. It appears as though he had good intentions.

“The last conversation I had with @realpopsmoke was about what we were gonna do in the future. This album cover was one of like 5 things we talked about,” said Virgil. “He mentioned his story felt like the metaphor of a rose & thorns growing from the concrete of his hood in Canarsie, Brooklyn. In your memory, I just finished it yesterday.”

People have criticized the fashion designer for his “lazy” and “disrespectful” design. While it looks like not much effort was put into the actual execution of the cover, there was a thought-out idea that Pop brought to the table prior to his passing.

We’ll keep you posted on what Steven Victor and Pop Smoke’s team choose as the final design.

How To Find A Rescue That Will Match You With The...

Can Your Dog Tell How Long You’ve Been Gone?

Movie Of The Day: In The Cage

The Top Men’s Colognes For Gifting

Pig Head Left on a Spike in Front of L.A. Police...

Introducing The Candidates: Heidi Kasama Running For The Assembly District 2...

May 19, 2020
We use cookies to ensure that we give you the best experience on our website. If you continue to use this site we will assume that you are happy with it.OkPrivacy policy