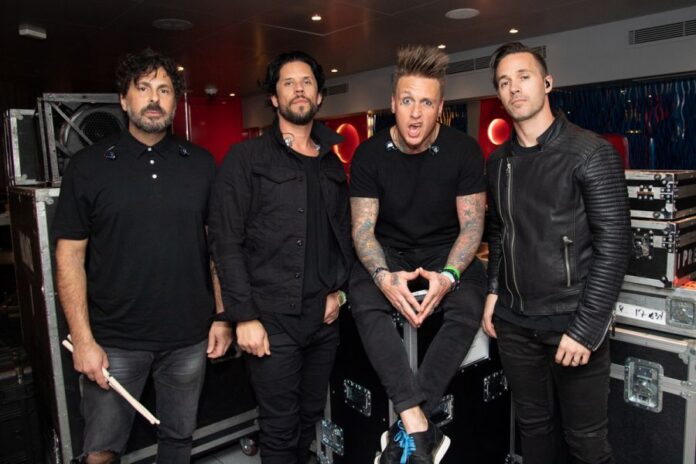 PAPA ROACH frontman Jacoby Shaddix spoke to Rock Sound TV about the 20th anniversary of the band’s breakthrough album “Infest”. The LP peaked at No. 5 on the Billboard 200 chart and has been certified triple platinum by the RIAA (Recording Industry Association Of America) for sales in excess of three million copies in the U.S. alone. It featured the iconic hits “Last Resort” and “Broken Home” plus fan favorites “Blood Brothers” and “Between Angels & Insects”.

“‘Last Resort’ is one of those kind of timeless-type tracks, and we wanted to get people that we felt would stand that test of time.”

Last month, Shaddix told “Offstage With DWP” that he still feels the same way about “Last Resort” as he did when PAPA ROACH first released it. “I feel that that song is a lifeline to a lot of people, and has been,” he said. “I’ve met thousands of kids over the years that have told us, ‘Yo, that song saved my life. That song was there for me in my darkest hour.’ If I could look back on my career just for that one moment, just that piece, it’s, like, ‘Wow!’ To be able to make a song that impacts people in a positive way, that it has, it’s, like, mission accomplished. It wasn’t really my intention. It was just, like, ‘We’re just writing music. We’ve gotta get this off our chest.’ But to look back on it now and see the effect that it’s had, the positive effect… And also, man, it’s one of those songs that cuts deep and it’s at the heart of the matter… Yeah, people have been through some really dark stuff, and ‘Last Resort’ has brought some people through some feelings of suicide and whatnot. But then on the other hand, it’s also become this crazy party anthem. I just saw this dude [on video at] a Walmart the other day and just start singing ‘Last Resort’ in the middle of everybody pandemic shopping, with a broom. So it’s just one of those songs, it’s survived the test of time, and I’m just fortunate that it’s been such a positive piece of art out there floating around to be a lifeline for people struggling.”

Keyshia Cole Reveals What Tupac Told Her About Death Row On...

The Weeknd Announces Collab With Juice WRLD Drops This Week

Leon Fleisher, The Pianist Who Reinvented Himself, Dies At 92 –