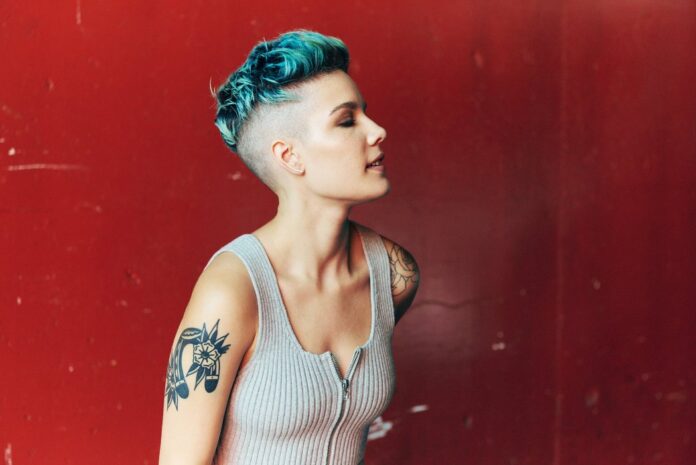 Looks like Halsey’s got some new ink. On Tuesday (July 8), the pop star debuted a new tattoo on social media in tribute to her late pal Juice WRLD.

Written in cursive across the backside of her hand, Halsey’s latest tattoo reads “Life’s a mess 999,” referencing the title of her posthumous collaboration with the rapper and his favorite number. (Juice also had his own “999” tattoo on his forearm, which he claimed represented making good out of bad, and also named his official merch collection using the number.)

“Juice was one of the greatest people I have ever known, and one of the most brilliant artists we will ever live to witness. A true genius who had lyric and melody spilling out of him without any second thought or hesitation. And a beautiful soul who believed in spreading love and creating a community for people to feel less alone,” Halsey wrote alongside the photo of the ink on Instagram. “It means everything to me that I could be a part of this album. I cried the first time that I heard it. With all the love in my heart, #lljw – ‘Life’s A Mess.’”

The pop star also shared a snippet of the song in her post, which is set to be featured on Legends Never Die, a posthumous collection of tracks Juice WRLD was working on prior to his sudden passing last December. The album is slated for release July 10 via Grade A/Interscope Records. The pair previously teamed up for a remix of Halsey’s 2019 hit “Without Me.”

Check out Halsey’s tattoo tribute to her friend and collaborator below.

A Famous Cryptozoologist, A Mysterious Visitor, And The “Enema Bandit”

5 Key Steps To Safely Introduce Your Dog To A Bearded...

Drake Called Sophie Brussaux, the Mother of His Child, a “Fluke”...

July 24, 2020
We use cookies to ensure that we give you the best experience on our website. If you continue to use this site we will assume that you are happy with it.OkPrivacy policy