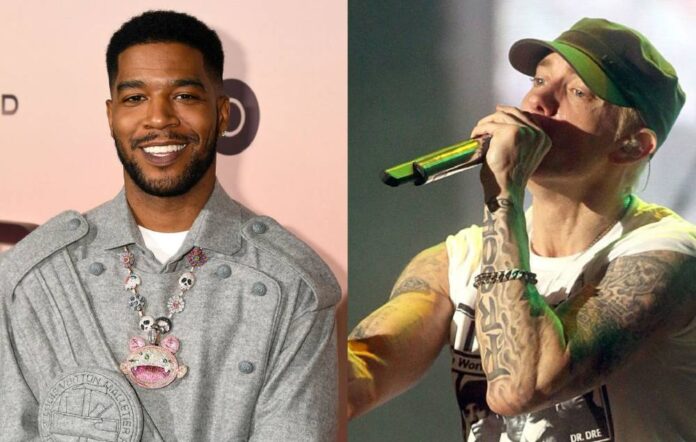 Imagine thinking that Kid Cudi meant something negative when he told Eminem that he “fucking destroyed” their song “The Adventures Of Moon Man and Slim Shady.”

Well, one publication actually believed that, through that statement, Cudder was admitting that he was unhappy with the song at first. Surprisingly enough, the rapper took the energy to reply to the headline, clarifying that he was actually complimenting Eminem, as shocking as that sounds.

“Never said this and im not sure how yall came up w it,” said the Cleveland native, referring to a story about him initially being displeased with “The Adventures of Moon Man and Slim Shady. “I was clearly excited about my feature. Never once said I was unhappy about it nor did my energy suggest that. So to NME, get ur shit together and stop spreading LIES.”

He followed up by shouting out the media outlets that have given him positive press for the song, which is currently dominating on streaming.

When you first read Cudi’s statement that Em “destroyed” the song, did you think he was trashing the self-proclaimed Rap God or praising him? The answer should be clear.

Kid Cudi has also been teasing a new feature from Lil Wayne, garnering an insane amount of hype for his upcoming album Entergalactic. Stay tuned!

Gabapentin For Canines: Makes use of, Dosage, And Side Effects

Designer Handbags Are Now A Better Investment Than Art

Fur Laughs: This Humorous, Summer-Loving Labrador Finds Out He Can Just...

Kanye West ‘Walks On Water’ As He Makes A Dramatic Entrance...

This Music Test Spans Four Generations, We’ll be Impressed If You...

June 17, 2020
We use cookies to ensure that we give you the best experience on our website. If you continue to use this site we will assume that you are happy with it.OkPrivacy policy