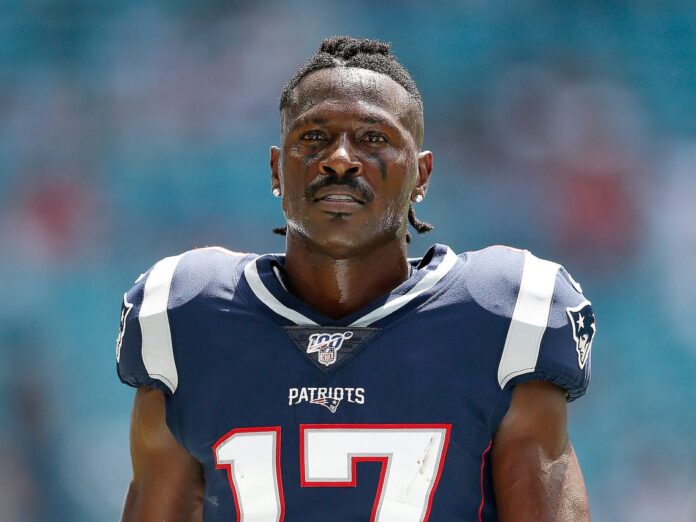 Antonio Brown just announced his playing days are over — again — with the free-agent wide receiver saying, “at this point the risk is greater than the reward.”
Remember, AB threatened to retire back in September … after he was released by the New England Patriots amid a myriad of off-field issues, including a sexual assault investigation.
Now … the 7-time Pro Bowler is singing a similar tune, saying he’s putting the game behind him for good.
“Is it time to walk away i done

everything in the game ?!!” AB tweeted on Monday.
“thank you everyone who been part of this journey i sincerely thank you for everything! life goes on 84!”
“I came i saw i conquered mission complete Call God

”
Of course, AB was traded to the Oakland Raiders after a drama-filled 9 seasons with the Pittsburgh Steelers … but was released before the 2019 season started.
Brown was picked up by the Pats for one game … scoring 1 touchdown.
AB had been working like a maniac to get back to the league — training with guys like Russell Wilson and Lamar Jackson this summer — and we were even told by one of his workout QBs last week that he had been “ramping up workouts” in anticipation of signing soon.
If it’s really over, AB will finish his career with 841 receptions, more than 11,000 yards and 75 TDs.Download VuuzleTV on IOS, Android, Roku, or online at Vuuzle.tv See tons of channels and thousands of movies all free!Vuuzle is a premium streaming service that offers live video content such as hit television shows, news, sports, and feature-length movies

The History Of led Zeppelin Crossovers With The Rolling Stones –

The Phone Sanitizer That Amazon Shoppers Call ‘Worth Every Penny’ Is...

September 16, 2020
We use cookies to ensure that we give you the best experience on our website. If you continue to use this site we will assume that you are happy with it.OkPrivacy policy