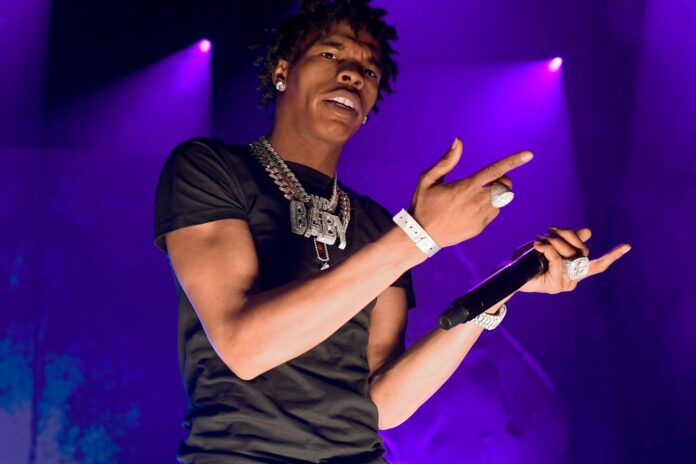 During a recent tweet spree, Kanye West called Lil Baby his favorite rapper but revealed that the Atlanta superstar wouldn’t work with him. Now Baby, whose My Turn album has been the longest-charting project of 2020 so far, responded by claiming nobody on his team brought the possibility of working with Kanye to his attention.

@kanyewest no disrespect nobody told me 🤷🏽‍♂️

Kanye’s reported outreach to Lil Baby was just one of many recently deleted tweets touching on a wide-ranging number of topics. From calling out Shia LaBeouf for canceling an appearance in Kanye’s YEEZY Gap partnership. To accusing his wife Kim Kardashian and mother-in-law Kris Jenner of attempting to commit him to the hospital. Due to the erratic nature of Kanye’s past couple of weeks including a presidential rally in South Carolina, Kim released a public statement on Kanye West’s mental health, asking the media and public for compassion and empathy while her family works through his reported manic episode.

It’s unclear if West still plans to work with Lil Baby in the future. Kanye has since revealed the tracklist for his upcoming project DONDA and detailed that it would release this Friday. July 24. Stay tuned for more updates.

Download VuuzleTV on IOS, Android, Roku, or online at Vuuzle.tv See tons of channels and thousands of movies all free!Vuuzle is a premium streaming service that offers live video content. Such as hit television shows, news, sports, and feature-length movies.

5 Positive Stereotypes About Dog People That Are Totally True

Can Dogs Eat Bananas? Are Bananas Safe For Dogs?

Jessie J Toasts Her Birthday With a One-Woman Virtual Concert Unlike...

April 30, 2020
We use cookies to ensure that we give you the best experience on our website. If you continue to use this site we will assume that you are happy with it.OkPrivacy policy