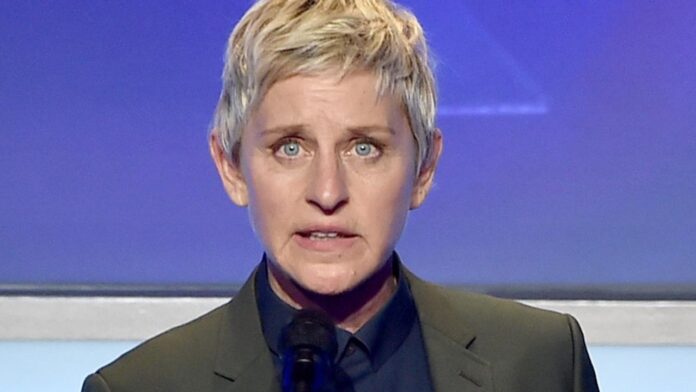 Ellen DeGeneres issued an apology to her employees. Thursday following allegations of workplace misconduct behind the scenes of the daytime television show.

“On day one of our show, I told everyone in our first meeting. That The Ellen DeGeneres Show would be a place of happiness. No one would ever raise their voice, and everyone would be treated with respect. Obviously, something changed, and I am disappointed to learn that this has not been the case. And for that, I am sorry. Anyone who knows me knows it’s the opposite of what I believe. And what I hoped for our show.” DeGeneres said in her apology. “I could not have the success I’ve had without all of your contributions. My name is on the show and everything we do and I take responsibility for that.”

Earlier this month, a dozen current and former Ellen employees detailed to Buzzfeed the toxic work culture they faced during their tenure on the show. Including allegations of racism and intimidation by the show’s top producers. In one case, an employee claimed they were fired after taking bereavement days to attend a family funeral. While another employee was allegedly terminated after spending a month in a mental health facility following a suicide attempt.

In her apology to staffers, DeGeneres said she and Warner Bros. (The show’s production company) have begun “an internal investigation and we are taking steps. Together, to correct the issues”; according to Variety, one executive producer is expected to be fired soon due to their role in the allegations.

A Warner Bros. spokesperson said Thursday: “We have identified several staffing changes. Along with appropriate measures to address the issues that have been raised. And are taking the first steps to implement them… We are confident this course of action will lead us to the right way forward for the show.”

“As we’ve grown exponentially. I’ve not been able to stay on top of everything. And relied on others to do their jobs as they knew I’d want them done. Clearly some didn’t. That will now change and I’m committed to ensuring this does not happen again,” DeGeneres added. “I’m also learning that people who work with me and for me are speaking on my behalf. And misrepresenting who I am and that has to stop. As someone who was judged and nearly lost everything for just being who I am. I truly understand and have deep compassion for those being looked at differently. Or treated unfairly, not equal, or — worse — disregarded. To think that any one of you felt that way is awful to me.”

Soon after DeGeneres’ apology. Buzzfeed published another report Thursday that accused several of the show’s executive producers of sexual misconduct and harassment.

DJ Khaled and Drake Team up for ‘Popstar’ and ‘Greece’: Listen

How to preserve the nutritional value of your food with healthy...

5 Things Every Puppy Parent Should Have To Clean Up Messes