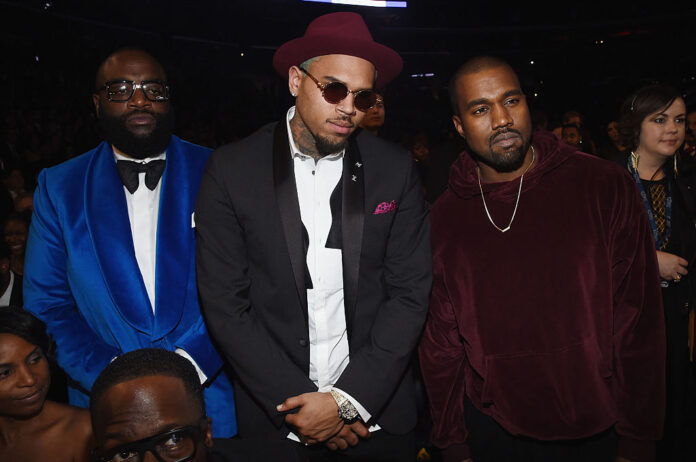 Rick Ross and Kanye West have collaborated on many occasions. They’ve created some classics, like “Devil In A New Dress” and “Monster” and during last night’s Verzuz battle, Ross shared a first-listen of his scrapped verse on “Famous.” It goes without saying that, over the years, they’ve built a pretty close relationship.

With everything happening lately in Kanye’s world, Rick Ross is looking for some clarification on some of the things he’s said, explaining that the headlines are likely inaccurate and that he wants to chop it up personally with West before changing his opinion of the man.

“He had somebody reach out to me last week. I slept through the phone call,” said Rozay in a new interview with Billboard. “I just don’t want to drop him on his head yet because it ain’t clear to me what’s going on. I haven’t really did any due diligence, I just see what headlines come across, and we know a lot of that shit inaccurate. So I’m gonna wait for his phone call again and hopefully, I’m up to catch that motherfucker and ask a few questions. He gotta clarify some things, though. It ain’t looking good.”

Among the things that Ross is likely to ask West about are the reports that he is only running for President to take votes away from Joe Biden and secure a second term for Donald Trump. When asked about that this week, West said: “I’m not going to argue with you. Jesus is King.”

Do you think Rick Ross may end his working relationship with Kanye over his latest move?

Aaliyah’s music to appear on streaming platforms in “the near future”,...

Kardashian Family Is Not Ruling Out Future Shows After ‘KUWTK’ Ends

How to watch the PS5 September 2020 showcase

March 13, 2020
We use cookies to ensure that we give you the best experience on our website. If you continue to use this site we will assume that you are happy with it.OkPrivacy policy