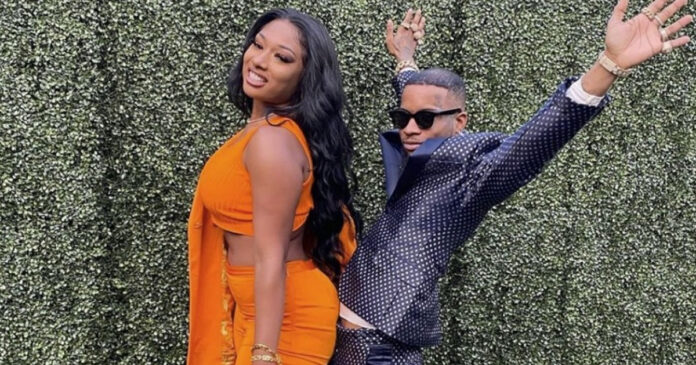 Online chatter and speculation surrounding Megan The Stallion/Tory Lanez incident mostly died down after Megan publicly named Tory as the person that shot her in the foot. New supposed information about the situation is being leaked once again, and it will likely reignite the conversation on social media.

TMZ claimed to have seen a text message exchange between Megan and Tory. That took place around 15 hours after the violent encounter on July 12 in Hollywood Hills, California. According to the celebrity gossip outlet, Lanez expressed remorse for what took place that night.

[Tory Lanez] wrote, “I know u prolly never gone talk to me again. But I genuinely want u to know I’m sorry from the bottom of my heart.” His only explanation for the violence … “I was just too drunk.” In the text, Tory never references “shooting” or a gun. But it is clear he did something he regrets. In his words, “None the less s**t should have never happened and I can’t change what did. I just feel horrible.” And, he repeats … “Cuz I genuinely just got too drunk.”

Lanez (born Daystar Peterson) was arrested at the scene for possession of a concealed weapon. And later released on $35,000 bail. The Los Angeles Police Department is said to be investigating the matter. The Canadian musician could face a felony assault charge directly connected to the alleged shooting.

Download VuuzleTV on IOS, Android, Roku, or online at Vuuzle.tv See tons of channels and thousands of movies all free!Vuuzle is a premium streaming service that offers live video content. Such as hit television shows, news, sports, and feature-length movies.

Airbus just unveiled its new $14 million luxury helicopter that can...

Hug Your Hound Day: How To Teach Your Dog To Give...

6ix9ine Proves He Has Nothing To Worry About While Taking The...

Yelawolf & Three 6 Mafia Appear To Be Cooking Up

September 8, 2020
We use cookies to ensure that we give you the best experience on our website. If you continue to use this site we will assume that you are happy with it.OkPrivacy policy