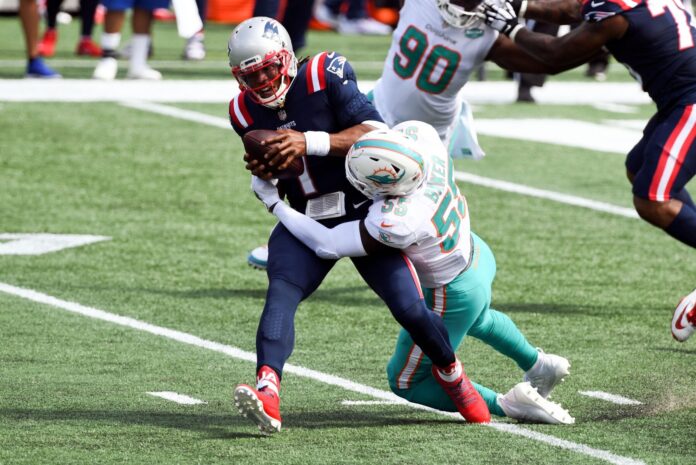 Cam Newton had a huge opportunity yesterday and he absolutely seized it. The New England Patriots quarterback was playing his first game with the team, and he ended up leading them to a victory against the Miami Dolphins. Newton was able to pick up two rushing touchdowns while completing 15 of his 19 passes. Overall, it was a solid game that showed fans that Newton still has it and can still get wins in the NFL.

At one point in the match, Newton was involved in a bit of a scrum, where a Dolphins player reached at his neck. As you can see in the clip below, Newton’s teammates came into break it up, and both teams went on their way. Following the game, Newton spoke about the incident noting that the Dolphins player tried to snatch his chain, which is the ultimate form of disrespect.

“I still got my chain,” Newton said. “I got two of ’em. So you could see. It was disrespect, they was reaching for my chain, though. I think that kind of got under my skin. But yeah, through it all, man … listen — I do not want nothing to be taken away from a great team game that we did have. And I don’t want to be selfish to kind of focus or dwell on that.”

Regardless of this incident, the Patriots are 1-0, which is all that really matters after week 1.

3 Ways To Get Your Dog To Sleep In On Weekends

National Best Friends Day: 7 Ways To Celebrate With Your Dog

Apple Goes To War With The Gaming Industry