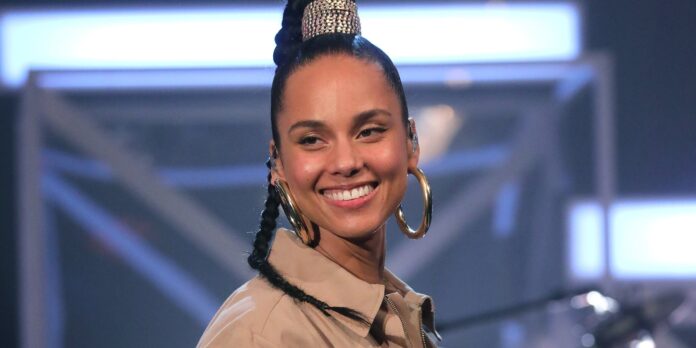 Alicia Keys took to Instagram yesterday to announce the release date for her forthcoming album ALICIA.

The album, which was originally slated for release on March 20, was delayed twice due to the COVID-19 pandemic. Ed Sheeran, The-Dream, and Tory Lanez all have songwriting credits on the album, which also features guests Miguel and Khalid and production from Childish Gambino collaborator Ludwig Göransson and Keys’ husband Swizz Beatz.

Keys began her roll out of the album with the release of seven singles, the latest being “Love Looks Better.” Keys debuted the track during her performance at the NFL’s 2020 Kick-Off Event, during which she also announced a $1 billion endowment fund to support Black businesses.

She announced the release date for the new album in an Instagram post in which she collected numerous tweets from fans wondering when her album would arrive.

Keys also announced a one-time performance in a “visual, sonic and emotional wonderland” in support of the album. The livestream performance will be put on in collaboration with American Express as part of their AmexUnstaged series, which previously hosted Pharrell Williams, Mary J. Blige, Rae Sremmurd, and John Legend with The Roots.

ALICIA will be available on Friday, September 18, with the virtual performance taking place later that day at 6PM ET/3PM PT

Miralax For Canines: Makes use of, Dosage, & Side Effects

After Billion-Dollar Disasters, Here’s What The US’ Fall Weather Has In...

Everything to Know About the 2020 Emmys

Kanye West Is “Not Open To Any Form Of Business With...

How to watch the PS5 September 2020 showcase

Iggy Azalea Seen With Her Baby Boy For The First Time

July 10, 2020
We use cookies to ensure that we give you the best experience on our website. If you continue to use this site we will assume that you are happy with it.OkPrivacy policy