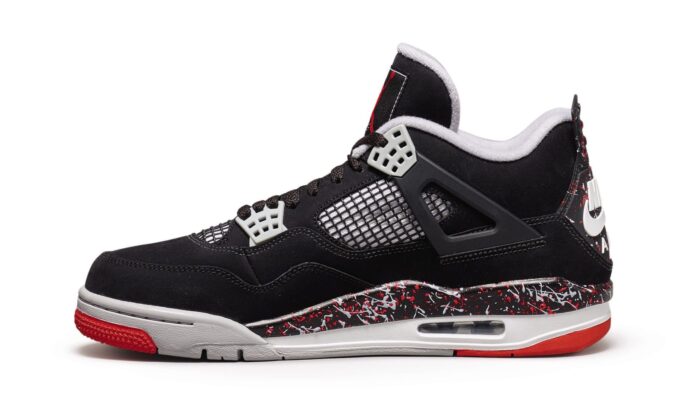 As reported last month, Sotheby’s is auctioning off over 120 historic hip-hop-related items. A wide variety of memorabilia is up for grabs.

A sneaker with a muddled history, the “Splatter” Air Jordan IV first surfaced in sample form as part of the model’s original run in 1989. With details similar to the classic “Bred” Air Jordan IV, the “Splatter” version saw the addition of a splattered red and white paint pattern across its rear midsole and heel. It also flipped the black underlay on the netting for a contrasting white.

Despite being conceptualized back in ’89, the “Splatter” Air Jordan IV has never seen a public release. It was all but forgotten by most sneakerheads until Drake showed off an October’s Very Own-branded version in 2017. The following year, reports surfaced that the pair was due for a release, but that never materialized—perhaps due to Drake ending his partnership with Jordan Brand.

The Galaxy Note 20 Ultra seemingly just leaked on Samsung’s own...

How to Get Cheap Car Insurance Online in Missouri

Pharrell And Adidas Keep It Comfy With New BOOST-Filled Slides –

8 Drops You Don’t Want to Miss This Week

July 24, 2020
We use cookies to ensure that we give you the best experience on our website. If you continue to use this site we will assume that you are happy with it.OkPrivacy policy