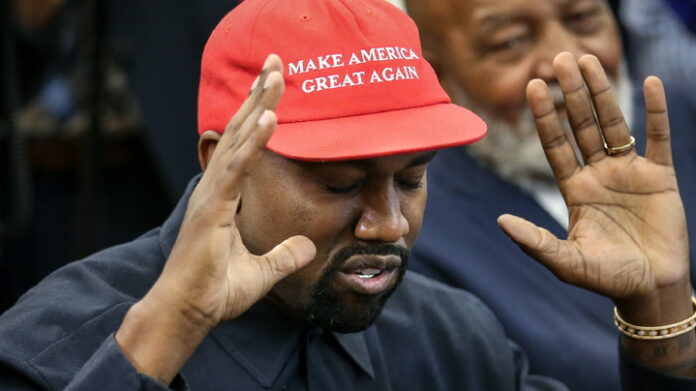 Kanye West has a way of turning heads, sending out a recent tweet that has everybody wondering what’s going on.

Upon first glance, you would think that somebody finessed their way onto Kanye’s payroll somehow, managing to pocket some unearned cash throughout the last several months.

“Has anyone ever heard of this person ? I just found a fake employee on my payroll!!!,” wrote Kanye on Twitter. The picture attached is of a blank avatar with the name Lauren Greenfield underneath, as well as a job position that reads, “Music Consultant.”

Exposing Lauren Greenfield, people got to searching who this woman is, finding that there is somebody with the same name that has worked with Kim Kardashian and Kendall Jenner in the past.

According to Newsweek, Lauren Greenfield is a prominent photographer and filmmaker, having worked with Kim Kardashian in 1992. One fan who responded to the tweet says that Kendall Jenner has a picture by Greenfield framed in her home.

While this would explain Greenfield’s possible connection to the family, it doesn’t clarify why she would be listed as a Music Consultant, especially when Kanye has no clue who she is.

This is the most recent oddity from West on Twitter, who probably could have just texted someone on his team to verify the payroll instead of exposing Lauren Greenfield, in case she actually is supposed to be on the salary.

6 Must See Featured Movies On VuuzleTV

The Clippers Choked Away a Golden Opportunity

The Mystery Of The Lost Phantom Cosmonauts

February 26, 2020
We use cookies to ensure that we give you the best experience on our website. If you continue to use this site we will assume that you are happy with it.OkPrivacy policy