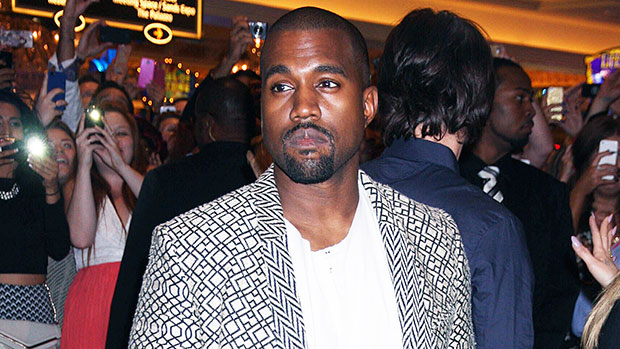 Kanye West has always had a special comfort level for airing out his grievances on Twitter. Last night, he indulged in yet another tweetstorm, refusing to release new music until the dissolution of his record contract and demanding apologies from Drake and J. Cole.

This morning, the rapper followed up on last night’s tweets by sharing a screenshot of a message with an unknown person discussing options to release himself from his deals with Universal Music Group and Sony/ATV Music Publishing. The individual also warned that since Taylor Swift’s masters were reportedly bought for $300 million, the purchase of his own masters would be much more ambitious and expensive. “Remember that if you re-recorded these songs you could own these new masters outright,” the person suggested.

After being presented with different legal options, West was firm. “I’m not open to any form of business with Universal or Sony,” he replied.

West seemed to insinuate that he would opt for the “lawsuit/termination nuclear option” the individual outlined and sue the labels with his masters on the table as part of a settlement. “No one from Universal or Sony has responded so it’s Go time,” he wrote on Twitter.

Dissolving one’s contract prematurely isn’t unheard of in the music industry, but it is certainly difficult. One example is Frank Ocean, who managed to walk away from his deal with Universal in spectacular fashion. Not surprisingly, the same label has also been the subject of a $100 million lawsuit filed by Lil Wayne in 2016 over unpaid royalties.

Given the label’s history of leaving artists unhappy, it’s safe to assume that Kanye, the same man who once tweeted a definition of righteous indignation, has good reason to end his business relationship with the label. Do you think we’ll be seeing Kanye revisit his old music in the near future?

Buy health insurance through a broker

Ursodiol For Canines: Makes use of, Dosage, & Side Effects

Nas Comes To Save The Day With “Ultra Black” Music Video...

8 Cool Dog Hangout Spaces That You Can Make For Your...

10 Arts And Crafts You Can Do At Home With Your...

Dogs 101: Everything You Should Know About Dog Shampoo

July 31, 2020
We use cookies to ensure that we give you the best experience on our website. If you continue to use this site we will assume that you are happy with it.OkPrivacy policy