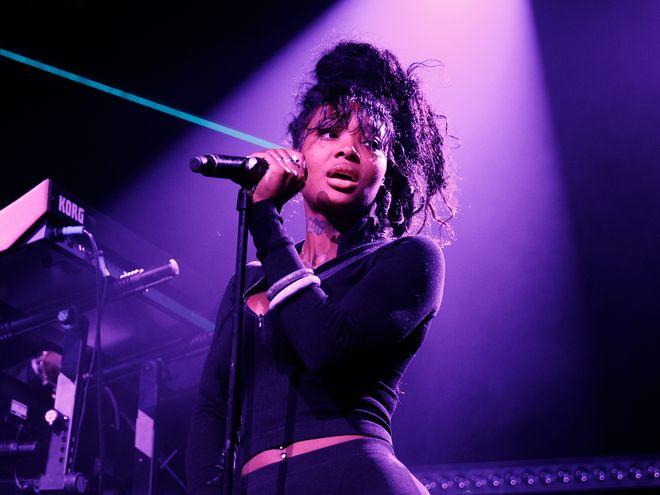 Despite her controversies and reports about her romance with London On Da Track making headlines, Summer Walker continues to be praised for her talents. The shy, rising star is making a splash on the R&B scene, as is her relationship with the famed producer. Recently, Summer Walker shared that she endured heartbreak, leaving many to speculate that she and London ended their romance. However, it looks as if they’ve pulled a break-up-to-make-up move and things are copasetic on the home front.

Aside from that, on Monday (September 14), Summer appeared on The Tonight Show Starring Jimmy Fallon where she gave a moving virtual performance of her track “Body.” The song is featured on her platinum-selling debut album Over It that dropped almost a year ago. Summer performed with the sunset as her backdrop in a room filled with flowers as her live band accompanied her performance.

The singer also recently took to her Instagram Story to address the public amid criticism, telling people that she’s a person just like them, not a “fake ass perfect public figure.” She wrote, I really appreciate the genuine love from some of y’all but stop idolizing plp to the point that you start to dehumanize them. its weird.” Check out her Tonight Show performance along with her PSA below.

DreamDoll Responds After Celina Powell Claims She Slept With Akademiks

Dogs 101: Everything You Should Know About Brushing Your Dog

March 25, 2020
We use cookies to ensure that we give you the best experience on our website. If you continue to use this site we will assume that you are happy with it.OkPrivacy policy