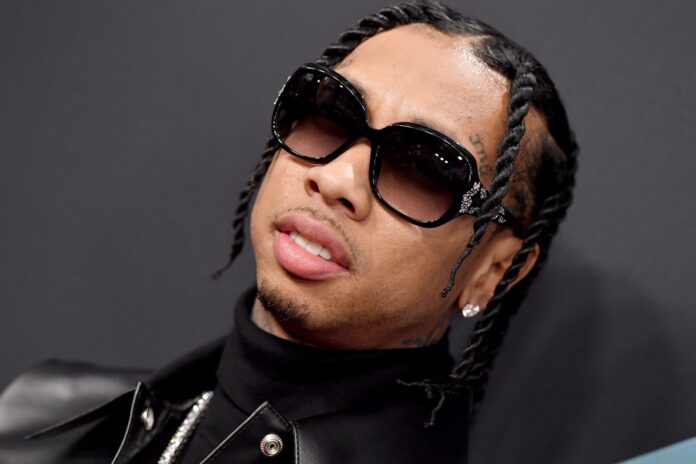 It’s been over a year since Tyga released Legendary but he hasn’t stopped dropping music. His name has been attached to many massive singles, and smaller ones. He’s essentially the go-to these days for a verse, whether it’s for a remix of a chart-topping smash or a buzzing TikTok anthem. And in between all of that, he still has time to release his singles.

This Friday, Tyga will be returning with some straight heat from the West Coast. Though Tyga is as international as it gets these days, he’s teaming up with homegrown talent, YG and Saweetie for his forthcoming single. The rapper shared the cover art for the song before a snippet of the song surfaced online. OG Parker hit Twitter where he confirmed that he produced the song. It’s undoubtedly a smash and one that would be well-suited for the strip club if, you know, there wasn’t coronavirus running around. There’s certainly a Southern bounce nodding Cash Money and NOLA as a whole.

In related news, YG recently announced that his forthcoming project, My Life 4Hunnid due out October 2nd. He’s released a few singles over the past few months in promotion of the project, though it wouldn’t be entirely surprising if YG immediately followed up the announcement with a new single.

Check out the snippet of Tyga’s new track, “Money Mouf” ft. YG and Saweetie below. Is it a hit? Sound off in the comments.

25 Easter Dog And Puppy Pictures To Make You Smile

Why Apple Cider Vinegar Will Transform Your Hair (Severely, I Swear...

March 21, 2020
We use cookies to ensure that we give you the best experience on our website. If you continue to use this site we will assume that you are happy with it.OkPrivacy policy